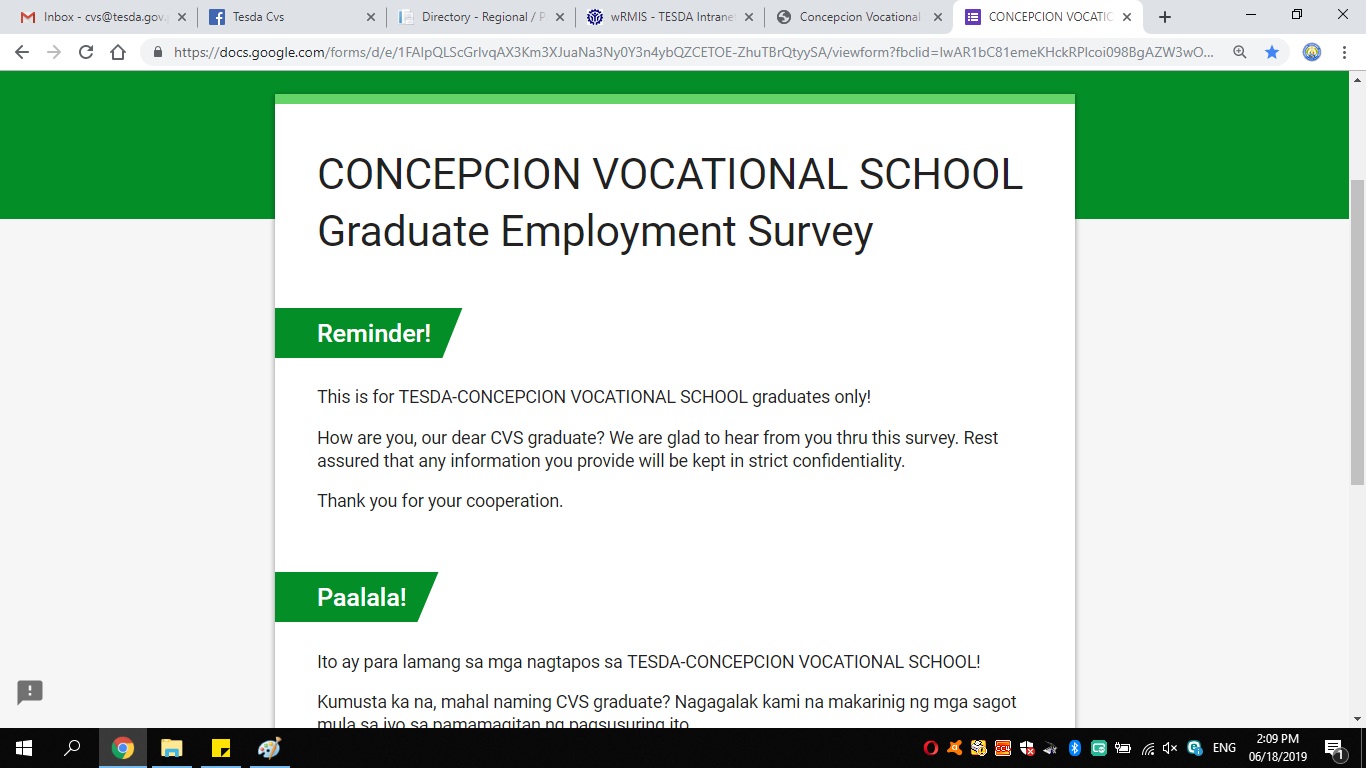 The role of an administrator does not end once students finish their studies and receive their certificates. Several questions must still be considered like,   what are graduates doing today? Have they stayed at the university for a degree program? or have they moved on? What qualifications have graduates been expected to have, and how important are the knowledge and skills they acquired during their studies in CVS to their current professional activities?, How do former students rate the study programs completed at CVS?, What is their current professional situation like? These are just few of the concerns that brought the existence CVS’ graduates’ employment system.

Dr. Alvin Yturralde is not a programmer, not even a system analyst, but a wide explorer of the world wide web, he may have been one of Mark Zuckerberg’s assistants, but he chose to be CVS’ administrator. The existence of the Graduates’ employment system is his idea of monitoring Concepcion Vocational School’s graduates. CVS has been conducting survey as part of the tracer study together with the entire personnel to track and trace graduates’ status after finishing their studies in CVS. But due to insufficient information, uncertainties and communication gaps, inaccuracy of details makes the survey quite unrealistic. Not until the existence of a system that tracks and traces status of its graduates. With this system, the aid of social media and technology played a big role since the system automatically stores to the database of the school. The formulated system considers specific skills, including innovation, leadership, networking and design skills as the most important factor in recruitment decisions.